CNC mills use computer controls to cut different materials. They are able to translate programs consisting of specific numbers and letters to move the spindle (or workpiece) to various locations and depths. Many use G-code, which is a standardized programming language that many CNC machines understand, while others use proprietary languages created by their manufacturers. These proprietary languages, while often simpler than G-code, are not transferable to other machines. CNC mills have many functions including face milling, shoulder milling, tapping, drilling and some even offer turning. Standard linear CNC mills are limited to 3 axis (X, Y, and Z), but others may also have one or more rotational axes. Today, CNC mills can have 4 to 6 axes.

Conventional Mills can also be modified to be controlled by software and this way can be used as CNC machines.

Plasma cutting involves cutting a material using a plasma torch. It is commonly used to cut steel and other metals, but can be used on a variety of materials. In this process, gas (such as compressed air) is blown at high speed out of a nozzle; at the same time an electrical arc is formed through that gas from the nozzle to the surface being cut, turning some of that gas to plasma. The plasma is sufficiently hot to melt the material being cut and moves sufficiently fast to blow molten metal away from the cut.

Drilling is a cutting process that uses a drill bit to cut a hole of circular cross-section in solid materials. The drill bit is usually a rotary cutting tool, often multipoint. The bit is pressed against the workpiece and rotated at rates from hundreds to thousands of revolutions per minute. This forces the cutting edge against the workpiece, cutting off chips (swarf) from the hole as it is drilled. In CNC drills you can program the machine where to drill holes in an automatic mode.

Very long CNC drills can be manufactured in order to process long parts such as aluminum profiles or structural beam members.

CNC router (Or Computer Numerical Control router) is a computer-controlled cutting machine related to the hand held router used for cutting various hard materials, such as wood, composites, aluminium, steel, plastics, and foams. CNC stands for computer numerical control. CNC routers can perform the tasks of many carpentry shop machines such as the panel saw, the spindle moulder, and the boring machine.

A CNC router is very similar in concept to a CNC milling machine. Instead of routing by hand, tool paths are controlled via computer numerical control. The CNC router is one of many kinds of tools that have CNC variants.

A CNC router typically produces consistent and high-quality work and improves factory productivity. Unlike a jig router, the CNC router can produce a one-off as effectively as repeated identical production. Automation and precision are the key benefits of cnc router tables.

A CNC router can reduce waste, frequency of errors, and the time the finished product takes to get to market 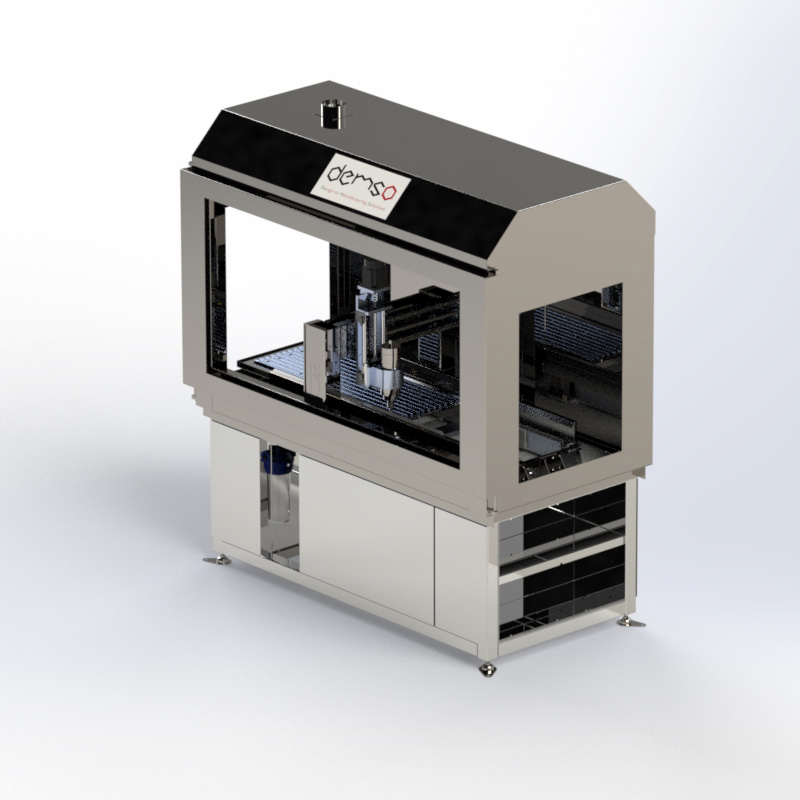